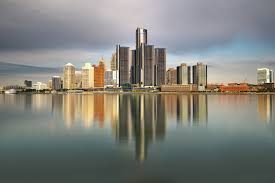 There’s doesn’t appear any luck of the Irish laying in the cards for well-known Detroit wiseguy Thomas (Tommy the Lackey) Mackey. The longtime Motor City mob associate, sometimes referred to as “The Leprechaun” due to his Irish heritage, was indicted recently on federal gambling charges, stemming from activity related to sports betting. The indictment, which came down this summer and also included veteran Metro Detroit area bookie Kenny Green and six others, is the second Mackey, 56, has faced in the past decade and centers around “on-line wire rooms,” at Betchopper.com.

Previously, Mackey was indicted in 2006 alongside reputed current Detroit mob boss Jack (Jackie the Kid) Giacalone and alleged capos Peter (Specs) Tocco and David (Davey the Doughnut) Aceto, among others, on racketeering charges.

Tocco, Aceto and Mackey all plead guilty to the charges and served short prison stints. Giacalone, who officially became Don of Detroit earlier this year after two years in the job in an acting capacity, beat the case at trial.

In November 2013, Mackey and others were called in front of a grand jury and questioned regarding their involvement in a variety of gambling offenses, but nobody was charged until late this summer.

According to several sources on the street and in law enforcement, Tocco, 67 and the nephew of longtime Michigan Godfather Giacomo (Black Jack) Tocco, who died in July at 86 after 35 years on the throne, was elevated from capo to Street Boss following his release from incarceration in 2010.

Still “on paper” from the 2006 bust, Mackey, according to these same sources, is one of Specs Tocco’s right hand men

“Pete Tocco is worried, Mackey could sink him if he opened up to the Feds” said one Detroit mob associate.

Tocco spends his days at his Macomb County headquarters, known as “The Italian-American Retirees Social Club,” alongside the club’s co-owner, reputed capo Paul (Big Paulie) Corrado, the man who allegedly assumed command of Tocco’s crew when he was bumped up to Street Boss.

Holding the reputation as a devoted lieutenant to his bosses in the mafia, especially Specs Tocco, Mackey is often seen by his side afternoons at the social club.

Corrado was taken down in the 1996 Operation GameTax bust and absorbed the brunt of the legal fallout. A mere foot soldier at the time he was arrested, Big Paulie, 55, wound up serving a dozen years on the case opposed to Jack Tocco and his now-deposed underboss Anthony (Tony Z) Zerilli, who served only two years and five years respectively, despite them being his superiors.

Specs Tocco, also sometimes known as “Blackie,” was made into the Detroit mafia in a February 1986 ceremony, alongside Jackie Giacalone and reputed current underboss Anthony (Chicago Tony) La Piana. He is considered a suspect in tandem with La Piana in the 1984 gangland murder of labor union power Ralph Proctor and with Giacalone in the 1985 mob slaying of Motor City policy chief Harold (Harry Mack) Macairz.