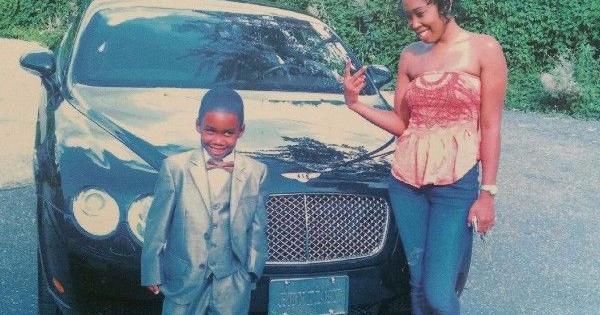 June 5, 2022 — Connecticut drug crew members Ryan (Buck 50) Bacon and Michael (M-Dot) Pritchett were sentenced last week to 30 and 25 years respectively in the June 6, 2017 gangland slaying of Keyonna Perkins, the girlfriend of the leader of a rival organization. Bacon, Pritchett and others kidnapped and executed the 28-year old Perkins after failing to locate her boyfriend.

Bacon and Pritchett are members of the Big Screen Boys, a Wilmington-based cocaine crew. Perkins’ boyfriend, Markevis (Young Money) Stanford, headed the YMCMB crew in Wilmington, which was at war with BSB over drug turf and video recording sex with girlfriends and wives of YMCMB bosses and affiliates. A six year old boy named Jashon Banner was paralyzed from the neck down in the shooting that led to Perkins’ death, his brain pierced by a stray bullet in the attack.

Eric (Butter Rico) Lloyd, 43, founded the Big Screen Boys in the early 2010s. He was convicted in 2019 in a federal racketeering and drug case and sentenced to three decades behind bars.

Lloyd’s enforcement crew called themselves, “The Four Horsemen” and was comprised of by Dwayne (Bop Gun) White, his brother, Rasheed (Fat Goat) White and their best friends, Teres (Versace T) Tinnin and Michael (M-Dot) Pritchett. White, considered by authorities Lloyd’s right-hand man and the No. 2 defendant in the case, was sentenced found guilty and sentenced to 60 years in pri

Pritchett and Tinnin received the murder contract on Stanford and recruited Bacon and two other men into the conspiracy. Stanford wasn’t killed, however Perkins was and Banner was critically injured sitting in the passenger’s seat of his mother’s car in a shooting at the height of tensions in the summer of 2017.

On the morning of June 6, Stanford dodged an assassination attempt as he walked to a convenient store on Route 896, avoiding a volley of gunfire. Banner was hit instead.

Later that evening, the BSB hit team staked out Stanford’s residence and when he didn’t emerge, they settled on Keyonna Perkins as a victim. Bacon and fellow BSB enforcer Dontae (Tae Ball) Sykes took her to Maryland and executed her. Sykes eventually flipped and was the star witness in the case.

One of the Big Screen Boys internet videos circulating was reportedly of Perkins and one of the Big Screen Boys engaging in a sex act, resulting in “Young Money” Stafford to declaring war on Lloyd, White and the entire BSB organization. Prior to the case seeing a jury, White attempted to bribe Banner’s family with $20,000 cash for a sworn statement absolving BSB of any culpability.