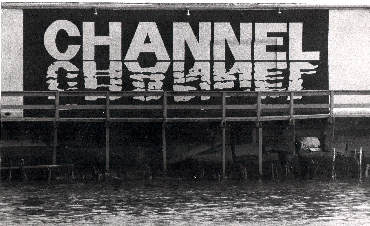 Nearly three decades ago, the Booras brothers owned The Channel, a rock, punk and new wave music venue in the Fort Point section of South Boston, until they were edged out by then-New England mafia don Francis (Cadillac Frank) Salemme and his partner, Beantown nightclub impresario Stevie DiSarro. Prior to the pair having a falling out and Salemme allegedly ordering DiSarro’s slaying in 1993 for his cooperation with the government and skimming the till at The Channel, Cadillac Frank and DiSarro unsuccessfully changed the club’s concept before quickly realizing they had made a mistake and attempting to reverse course.

Salemme, 84, will stand trial starting this week for the DiSarro homicide. Harry Booras is scheduled to be a witness at the high-profile trial, which comes on the heels of DiSarro’s remains being unearthed in Providence, Rhode Island in March 2016 and Cadillac Frank being yanked out of the Witness Protection Program.

The FBI and state officials in Boston are investigating if the torching of cars outside a current business run by Pete Booras was an intimidation tactic to persuade Harry from taking the stand. Last week, four vehicles in the parking lot of a Hull, Massachusetts pizza parlor owned by Peter Booras were set ablaze. One car, allegedly Booras’ was set on fire and the flames then spread to four more.

According to court records, Stevie DiSarro and Cadillac Frank Salemme were introduced to each other by Tommy Hillary, the surrogate son of legendary New England mafia boss and crime family namesake Raymond Patriarca, at a Boston steakhouse in 1988. Patriarca died of a heart attack four years previous and Salemme had recently been released from 15 years behind bars for trying to kill a lawyer of Patriarca’s slated to testify against the crime lord in court. DiSarro was a successful club and restaurant owner and Salemme wanted his help placing video-poker machines in bars and eateries around the area.

The Channel was opened on the South Boston waterfront in 1980 and quickly became a staple of the northeastern music scene, playing host to an array of popular recording artists, ranging from The Ramones and The B-52s to the Godfather of Soul himself, James Brown — Pete Booras ran the club as its general manager. In mid-1990, DiSarro and his brother-in-law, real-estate developer Roland Wheeler, with financing provided by Salemme, began negotiating with the Booras brothers and their co-owners (who had let the club fall into bankruptcy), for the sale of majority ownership in the club.

By that September, with the deal still pending, the Booras brothers allowed DiSarro to take over day-to-day control of the establishment. He hired Cadillac Frank’s son, Francis (Frankie Boy) Salemme, Jr. as the club’s assistant manager and at Cadillac Frank’s urging, began preparing to switch the club from a live music venue to a go-go bar with live strippers. Things began going downhill from there.

On New Year’s Eve 1991, The Channel held its final concert and closed for renovations. At some point in the first few months of 1992, as the sale was finalized and the club was set to reopen as a semi-nude dancing venue called Soiree, DiSarro and Salemme reneged on a promise to the Booras brothers to allow them to keep a minority stake in the business. Instead, they gave the minority ownership interest to South Boston Irish mob boss James (Whitey) Bulger and his second-in-command Stevie (The Rifleman) Flemmi, who had helped them with the local municipality in getting the club rezoned and receiving the proper licensing and permitting, according to court records.

Changing The Channel to a strip-club didn’t work and by early 1993 DiSarro and Salemme had decided to go back to its original concept and return to hosting live music acts. They shuttered it again and began another remodeling effort. During the second remodeling, DiSarro was approached by FBI and IRS agents and told he was being investigated for money laundering and bank fraud related to real estate deals he was in with his brother-in-law. DiSarro and Wheeler each testified to what they knew about Salemme and his business affairs in front of a federal grand jury in April, per court filings, and by the following month, DiSarro was living on borrowed time.

On the afternoon of May 10, 1993, DiSarro disappeared on his way to a meeting at Salemme’s family home. According to Salemme’s indictment, he arrived at the Sharon, Massachusetts residence and was strangled to death by Frankie Boy Salemme, Jr. and Salemme, Jr.’s best friend, Paul (Paulie the Plumber) Weadick, a longtime Boston mob associate, convicted murderer and bouncer at The Channel, as Cadillac Frank watched on.

The 62-year old Weadick is on trial with Salemme for the DiSarro homicide. Salemme, Jr. died of natural causes in 1995, the same year his dad and his dad’s Irish mob buddies, Bulger and Flemmi, were indicted for racketeering (Flemmi was actually Italian and rejected a chance to be made into the mafia). Bulger was a fugitive for 15 years until he was apprehended in 2011 and convicted of on a dozen murder counts. Flemmi flipped and admitted he accidentally walked in on Salemme, Jr. and Weadick garroting DiSarro that fateful day in the spring of 1993. He’ll testify against Salemme and Weadick this spring.

Cadillac Frank was convicted in his 1995 case, but turned witness government in 1999 and helped U.S. Prosecutors nail dirty FBI agent John Connolly, who had been protecting Bulger and feeding him information. He was released from prison in the 2000s and eventually re-located to Atlanta under an assumed identity. In his 1999 debriefing with the feds, Salemme denied having anything to do with DiSarro’s murder or disappearance, instead blaming a deceased mob boss predecessor of his for placing the contract on DiSarro’s head.