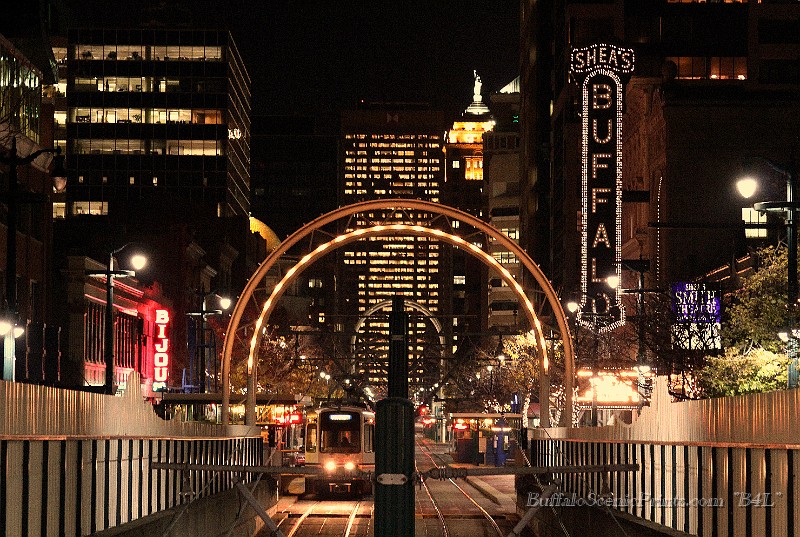 Some secrets stay buried forever. What exactly happened in the 1989 disappearance and murder of Buffalo mafia associate Michael Ress is most likely one of them. Ress’ body might never be unearthed, but according to a retired FBI agent that worked the case in the 1990s, there are people still alive that know what happened to him.

The No. 1 suspect in the “cold case” kidnapping and slaying is deceased, however, those familiar with the investigation say they think at least one if not more individuals hold the details to where Ress’ remains lie. The government believes the “doer” was probably John (Fat Johnny) Sacco, a 300-pound Buffalo mob captain involved in drug-dealing activities with the 35-year old Ress and in the midst of cooperating with the FBI at the time Ress vanished.

“Johnny Sacco didn’t get rid of that body by himself, we know somebody or a number of somebodies helped with the disposal,” the ex-fed said. “We had a general idea from informants where he buried Ress, but we could never get the exact location. Individuals with that knowledge exist though, I know for a fact they do. Hopefully, one day, one of them will get a conscience and come forward.”

Sacco, a notorious gangland enforcer, loanshark and burglar in the Western New York crime family, was nailed in one of the biggest narcotics conspiracies in New York state history in July 1989 and became an informant. He debriefed for the FBI and began wearing a wire, recording his fellow goodfellas in the Buffalo mob for the next several months and trying to build RICO and homicide cases against then-don, Joseph (Lead Pipe Joe) Todaro, Sr. – died in 2012 – and his organization that never came to fruition.

At some point between when Sacco flipped and the next summer when he’d be taken into custody, Sacco’s relationship with the FBI starting to go south. It wouldn’t collapse for good until June 1990, but it soured enough to prompt Sacco to worry that Ress’ potential help to the same FBI agents that he was supposed to be in the process of helping himself, could do him harm. The fact that Ress owed Sacco money didn’t aid his cause.

“You better get my money or I’m going to hurt you real bad,” Sacco was heard hollering at Ress a week before he disappeared on a federally-wiretapped phone line.

The FBI quickly saw what they thought would be a trump card in their war against the mafia turn into a wildcard.

“The first few months after he came on board with the Bureau, Sacco was giving us great intel, then for some reason, maybe a change of heart, he was feeding us total bullshit……the cooperation deal began unraveling,” the former mob buster said. “We couldn’t reel him in, contain him. He became a liability.”

As the deal between him and the feds started to fall apart, Sacco scrambled to rid himself of any loose ends that could tie him to wrongdoing. Even though he was officially under the government’s umbrella that summer, with the way things were going, Sacco soon realized he could be hung out to dry by the FBI and his friends in the underworld. His reaction, per New York State Police records, was to kill Ress for his debt and to prevent him from joining Team USA in its fight against the mafia – which could have left Sacco vulnerable to further criminal charges. Reports were filtering back to him that Ress was getting ready to testify in front of a grand jury.

Ress left his home on the west side of Buffalo around 8:00 p.m. on August 9, 1989, telling his parents that he was headed over to Sacco’s residence to deliver a present, and never returned. His car was found torched on a local side street the next day.

Less than 48 hours after Ress showed up missing, Sacco was recorded speaking on the phone to Buffalo mob power Leonard (the Calzone) Falzone, the syndicate’s then-consigliere and possible current boss, about Ress and his recent demise.

“That kid became too much of a headache, you did the right thing,” Falzone assured Sacco.

Sacco was eventually arrested by the FBI for his drug dealing affairs in June 1990 – his relationship with the federal government officially closed. Six months later, he died in a Niagara County jail’s protective-custody unit of a massive coronary. His son, John. Jr., was convicted in the drug case (the largest marijuana operation ever in the city of Buffalo up until that time).

In Buffalo mafia circles, John Sacco had a well-earned reputation as a gangster to the core: He was part of an infamous mob hit-gone-wrong in the 1970s, getting shot and refusing to name the shooter.

The target of the failed hit was local wiseguy Faustino (Frosty) Novino, marked for death for the unsanctioned 1974 murder of Albert Billiteri, Jr., the son of crime family capo Albert (Babe) Billiteri, Sr. and the nephew of veteran gangland goon Matthew (Matty Steamboat) Billiteri, in a dispute over a dope transaction and the Novino’s belief that the younger Billiteri had robbed his mother house.

Novino was lured to a banquet hall on June 17, 1976 and attacked by three hit men, including Sacco. He escaped unscathed, pulling his own gun and shooting his way out of the situation. Sacco was shot in the ensuing commotion.

Upon the police arriving and seeing Sacco on the ground writhing in pain, they asked him who had shot him.

“Nobody shot me, I fell down,” he quipped.

The week after he got out of the hospital and was charged with attempted murder (he did roughly three years in prison), Sacco was caught on a wire talking with his brother, a Buffalo cop, about seeking revenge on Novino.

“If your going to do a job, do it right, blow his head off from here to Delaware,” he was heard saying.

Babe Billiteri passed away in 1998. Novino survived another murder attempt in the early 1980s before being allowed to “retire” to Arizona, where he died of natural causes in 2001.