Born To Be Wild: Chicago Outfit Hit Squad Littered The Streets With Bodies Back In The Day 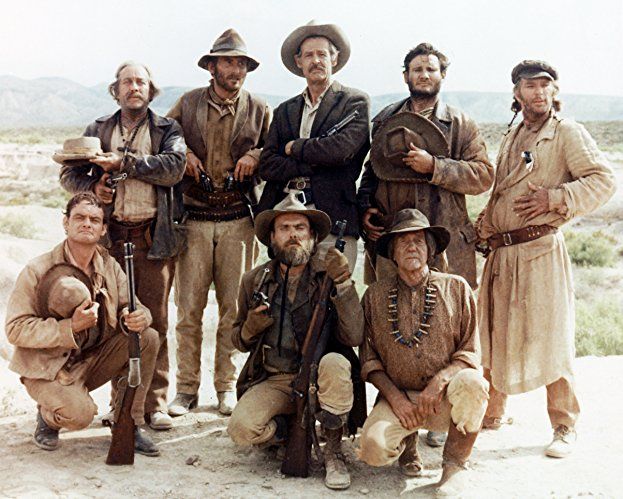 In the 1970s, the Chicago mob created an epically lethal enforcement unit known as the Wild Bunch. The group of heavy hitters was made up of a half-dozen young assassins led by Harry (The Hook) Aleman, the nephew of Cicero capo Joe Ferriola. Dubbed the Wild Bunch after the 1969 Sam Peckinpah-helmed movie about a ragtag gang of bandits in the Old West, Aleman was joined by a fierce clique of compatriots in the exclusive Windy City hit team, including Jerry (The Hand) Scalise, William (Butch) Petrocelli, Anthony (Little Tony) Borsellino, Jimmy (The Icepick) Inendino and Gerry Scarpelli, all capable and eager to please their bosses. They were given the Outfit’s hardest and most important murder contracts and they took pride in their job. By the end of their run on the streets, however, they began turning on each other.

It kind of goes with their line of work, I suppose. Live by the sword, die by the sword. Only Scalise and Jimmy Indendino remain alive today.

Oct. 19, 1971: Chicago mobster Salvatore (Sambo) Cesario, 53, is hit over the head with a blunt object and shot to death by two masked men as he sat with his wife in lawn chairs in front of his home smoking a cigar. Cesario had been caught carrying on a love affair with the wife of an imprisoned Outfit power.

Sept. 27, 1972: Labor union-connected Chicago mob associate, Billy Logan, 37, a Teamsters steward and ex-husband of Aleman’s cousin, is shotgunned to death in front of his home.

Dec. 20, 1973: Chicago cop and “made” man, Richard Cain, 49, tied to Illinois mafia boss Sam Giancana, is shotgunned to death at point-blank range by two masked men in Rose’s Sandwich Shop on the westside of Chicago

Feb. 24, 1974: Chicago mob associate and expert counterfeiter, Socrates (Sammy Paper) Rantis, 43, is found with his throat slashed and with puncture wounds in his chest in the trunk of his wife’s car at O’Hare airport parking terminal.

April 21, 1974: Chicago mob associate and counterfeiter Billy Simone, 29, is found dead in the back seat of his own car with his hands and feet bound and a gunshot wound in the back of his head. Simone was a partner and protege of Sammy Paper Rantis.

July 13, 1974: Chicago mob associate Orion Williams, 38, a suspected confidential informant, is found shotgunned to death in the trunk of his girlfriend’s car.

Sept. 28, 1974: Chicago mob associate Bobby Harder, 39, a jewel thief and burglar who was believed to have become an informant, is found shot in the face in a bean field near Dwight, Ill. Previously, Harder had escaped a hit attempt by Aleman and, “Jimmy I.”

Jan. 16, 1975: Chicago mob associate and collector Carlo Divivo, 46, is killed by two masked men who opened fire with a shotgun and a pistol as he walked out of his house

May 12, 1975: Chicago mob associate Ronnie Magliano, 43, an Outfit fence, is found blindfolded and shot behind the left ear in his set-ablaze residence,

June 19, 1975: Chicago cop and Outfit loanshark Chris Cardi, 43, is shot eight times in the back and once in the face by two masked men as his wife and children looked on inside Jim’s Beef Stand in Melrose Park.

Aug. 28, 1975: Greek Chicago mob associate Frank Goulakos, 47, a federal informant, is shot six times by a masked man near DiLeo’s Restaurant, where he worked as a cook.

Aug. 30, 1975: Greek Chicago mob associate and bookie Nick (Keggie) Galanos, 48, is found shot nine times in the head in the basement of his home

Jan. 31, 1976: Chicago mob associate Louie DeBartolo, 29, a heavy gambler deeply in debt to Outfit bookmakers, is found shot in the head and with his neck punctured four times with a broken mop handle in the rear of the store where he was employed.

May 1, 1976: Chicago mob associate Jimmy Erwin, 28, an ex-convict who was suspected in the murders of two other reputed mobsters, is killed by two masked men with a shotgun and a .45 caliber pistol. He was shot 13 times as he stepped out of his car.

July 22, 1976: Kansas City mafia soldier David Bonadonna, 61, is fatally shot and found in his car trunk in Missouri. His murder was one of several unsolved gangland slayings connected to a local mob war in Kansas City stemming from the fight to control KC’s then-trendy River Quay entertainment district.

March 29, 1977: Chicago mafia soldier and hit man Chuckie (the Typewriter) Nicoletti, 60, is shot three times in the back of the head while sitting in his car parked in front of the Golden Horns Restaurant in a suburban Northlake.

June 15, 1977: Chicago mob associate Joey Theo, 33, a burglar involved in stolen auto parts, is found with two shotgun wounds to the head in the back seat of a car parked on the city’s southside.

July 25, 1977 – Chicago mobster Sam (The Mule) Annerino is gunned down in front of his Mirabelli’s Furniture Store in Oak Lawn, blown away with five shotgun blasts to the chest and neck. Annerino got caught in the crosshairs of the Chop Shop Wars.

January 15, 1978 – Outfit burglar John Mendell disappears 11 days after leading a break-in of Accardo’s house as payback for Accardo ordering Mendell and his crew to return a giant score from the robbery of a jewelry store they had pulled off in the days before Christmas 1977. The owner of the jewelry store was a friend of Accardo’s and requested the Big Tuna’s aid in retrieving the stolen merchandise. Mendell’s body wasn’t found until February 20, discovered in the trunk of his car on a southside street corner, naked, hogtied, stabbed and strangled to death.

January 20, 1978 – Outfit burglar Bernard (Buddy) Ryan, second-in-command in the Mendell burglary ring, is found behind the wheel of his Lincoln Continental sitting on the side of a west-suburban street with four bullets lodged in the back of his head and his throat slit.

February 2, 1978 – Outfit burglar Stevie Garcia, Ryan’s right-hand man, is found slain in the trunk of his car in a Sheraton Hotel parking lot by O’Hare Airport, stabbed to death with his throat slit.

February 4, 1978 – Outfit burglar and fence Vince Moretti and his friend Don Renno are beaten to death, their throats slashed, in a Cicero bar in what became known in Chicago mob circles as the “Strangers in the Night Murders,” due to the fact that the song was playing on the bar’s jukebox as Moretti and Renno were being killed. Moretti was an ex-cop and seen wearing Accardo’s monogramed gold, diamond-encrusted cuff links around town in the days after the high-profile heist. While Moretti was a high-ranking member of Mendell’s crew, Renno, a small-time crook, wasn’t and just happened to be with Moretti when he was summoned to be clipped.

April 6, 1978 – Outfit burglar Robert (Bobby Toggs) Hertogs is found in the trunk of his car in a grocery store parking lot on Grand Avenue, shot in the back of the head and his throat slashed. Hertogs was connected to the Mendell crew and had fallen behind on a juice loan.

April 14, 1978 – Outfit burglar Johnny McDonald, the final Mendell crew member to get bumped off, is found lying dead in a westside alley, shot in the back of the head and his throat cut. McDonald allegedly was forced to set Buddy Ryan up to be killed.

October 5, 1978 – The Accardo residence’s Sicilian caretaker Michael Volpe vanishes on his way to work in the days after testifying too candidly in front of a federal grand jury investigating the string of slayings linked to the break-in.

May 22, 1979 – Outfit lieutenant and hit man Anthony (Little Tony) Borsellino is found in a Will County cornfield shot in the back of the head. Borselino was part of the infamous Wild Bunch, a westside troop of assassins dispatched on the Chicago mob’s most pressing murder assignments, and suspected in taking part in a number of the slayings tied to the fallout from the break-in.

September 18, 1979 – Outfit lieutenant and hit man Gerald (Jerry the Dinger) Carusiello is shot in the back of the head and left on the concrete an in Addison, Illinois apartment complex parking lot. Carusiello was a driver and bodyguard for Accardo’s acting boss Joseph (Joey Doves) Aiuppa and suspected in at least one of the fallout slayings.

July 2, 1980 – Windy City mobster William (Billy Choppers) Dauber & his wife Charlotte are killed as they drove home from a court hearing. Dauber was an enforcer for the Outfit’s Chicago Heights crew and had been in charge of the Chop Shop War on behalf of area mob brass. Word had spread on the street that Dauber was cooperating after taking a drug pinch.

March 13, 1981 – Infamous Outfit enforcer and Wild Bunch mainstay William (Butch) Petrocelli is tortured and killed for skimming proceeds earmarked for delivering to imprisoned bosses relatives on the outside.

June 24, 1981 – Outfit associate Mike Cagnoni is blown up in his Mercedes-Benz as he drove on to the Tri-State Tollway at Ogden Avenue. Cagnoni looked after Chicago mob activity in the produce business. The Hand That Rocks The Cradle: Famous Chicago Mob Duo... Previous
Making Amends, Flipping The Script: Prison Lifers In... Next