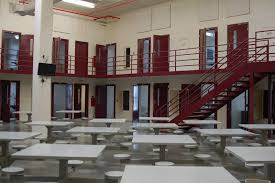 Where is Chicago wiseguy and Outfit jewel thief Anthony (Kid Blast) Volpendesto? He’s not where you’d think he’d be that’s for sure. At least, that’s what it looks like.

The 53-year old Volpendesto, convicted in December 2010 alongside Windy City mob don Michael (Fat Mike) Sarno in a federal racketeering case for his role in a multi-million dollar mafia-backed robbery ring that targeted jewelry stores, was sentenced to 15 years in prison for his crimes but his current status on the U.S. Bureau of Prisons website curiously states that he is no longer in custody. What that means is anybody’s guess, though I’m sure some will jump to what could seem an obvious conclusion.

Also convicted with him at trial in 2010 was his father, longtime Chicago mob soldier and gangland explosives expert Sam (the Master Blaster) Volpendesto, who literally had a police jacket that reached triple figures and died behind bars in 2013 at 89. He had been sentenced to 35 years for constructing a bomb that was used to destroy a video-poker machine business at Fat Mike Sarno’s behest. The business was encroaching on territory controlled by another video-poker machine operation sponsored by and possibly silently co-owned by Fat Mike.

Sarno, 57 and a suspect in the 2006 disappearance and assumed slaying of Outfit power Anthony (Little Tony) Zizzo, was hit with a 25-50 year sentence in his case with the Volpendestos. He was named the “acting boss” of the Chicago mafia in 2005 upon the jailing of Zizzo’s mob confidant James (Jimmy the Man) Marcello, Sarno’s predecessor in the acting boss chair on behalf of aging Godfather John (Johnny No Nose) Di Fronzo.

Sam Volpendesto was a military hero, earning the Bronze Medal of Honor in World War II, however when he returned to his hometown of Cicero following his service he gravitated to the underworld and the mentorship of local rising-star hood Joseph (Joey Doves) Aiuppa, a future Outfit boss, according to Chicago Crime Commission files. In the 1950s and 60s, Volpendesto ran a series of after-hours clubs, gambling houses and brothels under the umbrella of Aiuppa’s regime.

Known as a “tough guy who was fast with his fists,” in his gangster prime according to his CCC folder, he became close to lunatic Chicago mob hitman Salvatore (Mad Sam) DeStefano and was caught on FBI wiretaps in the 2000s recounting watching DeStefano chopping up his enemies and disposing of their corpses by putting their body parts through a meat grinder. Per FBI and court documents, in his latter days on the street, Volpendesto was viewed by authorities as a sometime-advisor to Sarno, one of a number of “old-timers he leaned on” to transition into the syndicate’s top spot after Marcello was brought down courtesy of the colossal Operation Family Secrets case issued in April 2005.

Building a reputation as a “fireman,” somebody you went to if you wanted a business torched for insurance money or a rival’s business blown up in a show of force, Sam Volpendesto is said to have happily and eagerly ushered his son, Anthony, into a life of crime. The younger Volpendesto, an admitted cocaine abuser, was a quick study – he recorded more than 30 arrests in 25 years in the rackets.

As a young boy, “Kid Blast,” nicknamed in reference to his dad’s skills for blowing things up, was an accomplished trick bicyclist and he used his prowess on a ten-speed in a series of “smash-and-grab” robbery jobs included in the RICO brought against Sarno’s Cicero goodfella contingent in 2008. During the trial that spanned most of November and into early December 2010, Volpendesto’s behavior was defiant and borderline erratic. At one point, he was ordered removed from the courtroom by the judge for his outbursts.

Another one of the lead defendants in that case, Casey Szaflarski, a Sarno lieutenant convicted of being the Outfit’s video-poker chief, was saddled with a three-and-a-half year prison bit and just got out last month.